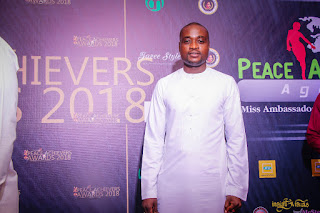 President of the Ebonyi State Diaspora Indegenes, Amb. Paschal Oluchukwu has labeled the state House of Assembly as a rubber stamp assembly that allows the state governor, Dave Umahi to ride on it as he likes.

This assertion is given by the president of the association in a statement he signed and made available to newsmen in Abuja on Wednesday.

According to Oluchukwu, no members of the state own assembly is speaking against the bad deed of the governor in the state as he approves money to himself from the state purse anyhow he want it.

“The Ebonyi State House of Assembly has been a rubber stamp assembly because no one is speaking about the wrong of the governor, the governor wakes up and approved any amount he want for himself.

“Ebonyi treasury is empty, in the purse, we have nothing, Umahi is a Yahoo yahoo governor, he has finished the state, he has rendered more than 1,500 families homeless in the name of construction of white Elephant project, the so call International Airport.

“Governor Umahi denied the victims of his demolition adequate compensation, today those families are sleeping under the tree, Ebonyi State is in trouble; people should not be deceived by the two flyover the governor constructed with his personal company.

He said that during this period of COVID-19, the state House of Assembly approved N200 million adding that, the governor change the figure N1.5 Billion all in the aim to satisfy him.

According to him, gov. Umahi has imposed hardship on the people of the state by going ahead to ban the operation of Okada rider knowing fully well that, that is one of the means majority of the state are feeding on.

Oluchukwu however call on the governor to be caution, adding that he would account for every of his spending at the end of his four years tenure.

“The governor should have it in mind that whatever he is doing now, he will give account of it at the end of his four years tenure, every naira and Kobo spent in the state by the governor will be accounted for,” he stressed.