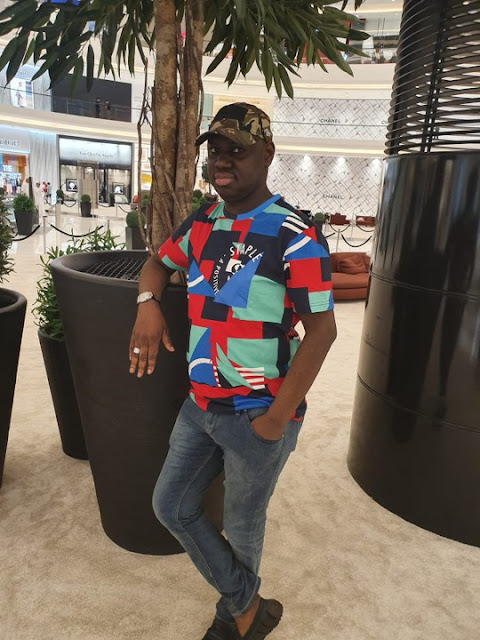 Nigerians to protest against Buhari at UN General Assembly- Frank
…Demand release of Chibok Girls, Leah Sharibu, Sowore, others
A political activist and former Deputy National Publicity Secretary of the All Progressives Congress (APC) has revealed plans by prominent Nigerians in Diaspora to stage a massive apolitical protest against General Muhammadu Buhari at the forthcoming United Nations General Assembly (UNGA) slated for 17th of September, 2019.

He said the protest is aimed to demand for the release of all political prisoners under the APC’s administration, freedom for the remaining Chibok girls, Leah Sharibu, Omoyele Sowore, Sambo Dasuki and Ibrahim El Zazaky.

Other demands by organizers of proposed apolitical protest include; to put a stop on killings by Fulani herdsmen, ensure respect for the rule of law, provision of adequate security, for Nigerians, stop human rights abuses and to ensure that government stops interfering, harassing and intimidating the Nigerian judiciary.
Other objectives are to put a stop to nepotism in the country, and more importantly, to urge the United States of American to include the Chief of Army Staff and other Nigerian Service Chiefs in the Visa ban already proposed for those that aided the rigging and violence that characterized the 2019 general elections.

A statement released to newsmen by Comrade Timi Frank, in Abuja on Wednesday, said the current administration does not practice democracy and as such does not allow protest in Nigeria.
“We urge all Nigerians in diaspora to come out and protest and the UN General Assembly in New York to make General Buhari understand that Nigeria belongs to all of us. This apolitical protest is to save Nigeria from further destruction by General Buhari whose sole aim is to Islamise Nigeria.
“A protest date will be communicated later, however Nigerians in diaspora should brace up for this mother of all protests as this is an opportunity to let the world know about the plight of Nigeria and Nigerians.

“All regional groups including IPOB, Ohanaeze, Afenifere, etc, in diaspora should take part in this apolitical protest to bring to the knowledge of the world, the sufferings, human right abuses and oppression being meted out to Nigerians by Gen. Buhari.”
The statement also called on the International Community to take note that Gen. Buhari has a pending case in the Presidential Election Petition Court where the legitimacy of his mandate is being challenged and until the judgment is given by the Supreme Court of Nigeria, he should not be addressed as President but as former Military General.

“No world leader will accept or perpetrate the kind of killings, impunity and lawlessness being meted out to Nigerians in Nigeria by General Buhari’s government which does not allow freedom of expression – one of the fundamental human rights of a citizen in any democracy.
“Finally we appeal to Nigerians in diaspora, especially those in USA to come out en-masse and join this forthcoming Save Our Soul protest. Let us show love to our brothers and sisters back home who have been caged and are not allowed to express their views freely.
“Henceforth, Nigerians in diaspora should come out en masse and protest against Gen Buhari and his lackey Yemi Osibanjo in any country they may visit as there is no peace for the wicked.
“#FreeNigeriaprotest is the beginning of rescuing Nigeria from tyranny under General Buhari,” he said.

He further called on Nigerians resident in other parts of the world and who can afford it to make their way to New York during the UNGA to join the protest as no sacrifice is too great to pay for the rescue of the country from, tyranny, wickedness and anti-democratic elements now in the saddle of governance.