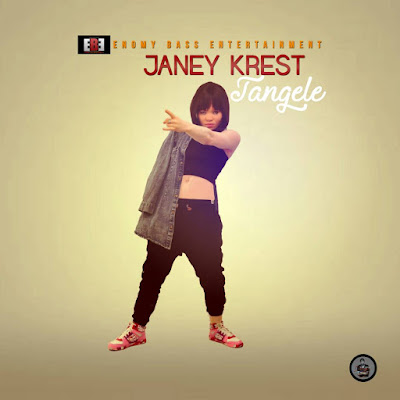 Janeykrest whose real name is Amadi Chinemerem Janefrancis is everything you need to know about a music talent or better called a total package.Krest as fondly called by many is a Nigerian born rapper,singer,songwriter,
reggae artist and an electrifying entertainer,known for her English,pidgin and igbo lyrics with a unique complexion,androgynous. Appearance and not leaving her brilliant stage craft,she was born on March 7 th in the early 90’s,in her home town of Port-harcourt city were she grew up and started her career,KREST attended both her primary and secondary school in PH rivers state,in 2011 she proceeded to university of calabar were she obtained a diploma in personnel management,and currently studying for a degree in public administration in university of calabar currently in her final year.KREST perfectly finds a balance between education and her talent,she participated in rap contest and TV reality shows like,KING OF RAP 2010,RSSDA organized by rivers state government,ONE MIC RAP BATTLE,LOUD IN KAS,she also emerged as a winner in the NIGER DELTA YOUTH EMPOWERMENT were she was de best in music,which was judged by a popular movie star ZACK ORJI and the late keffeys X husband,she emerged as regional winner at de SPRITE TRIPLE SLAM 2011,also at the LOCOZADE BOAST REALITY SHOW in same 2011,other TV reality contest include,NIGERIAN IDOL which she was given a golden ticket,also she was a contestant for PEAK TALENT SHOW season 3 were she emerged as a regional winner and amongst de runner up in the national final,she also worn th MTN PULSE RAP BATTLE in calabar in 2013,she recently worn the BEST FEMALE ACT OF THE YEAR in the PARADISE MUSIC AWARDS in calabar, her current manager is Enomy Crawford.
Produced by Princeton on the beat
DOWNLOAD AUDIO